Back in July, my good lady wife was doing a course in the Leitrim Sculpture centre for a few days. While she was there, I had to occupy myself, so I took a notion and walked up a mountain.

This was not something I had really planned on (or ever done before) but I had bugger all else to do for the day while she was in there breaking rocks, so I went for a wander.

Knocknarea had always interested me after hearing all about the mythology of it years earlier on one of my first trips to Sligo, so I thought I would go up and pay my respects to Queen Maeve.

It was an absolutely stunning day on the walk up 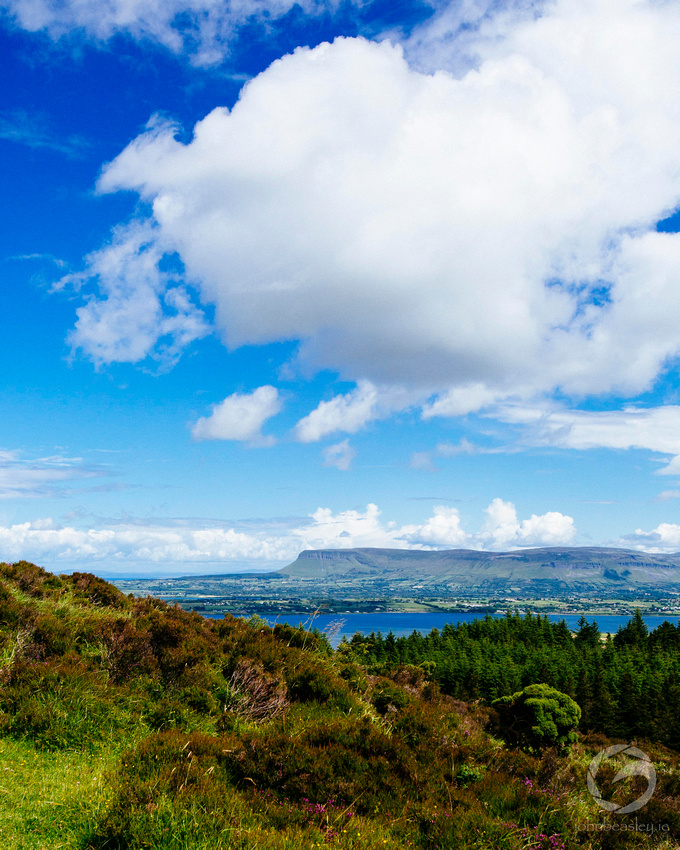 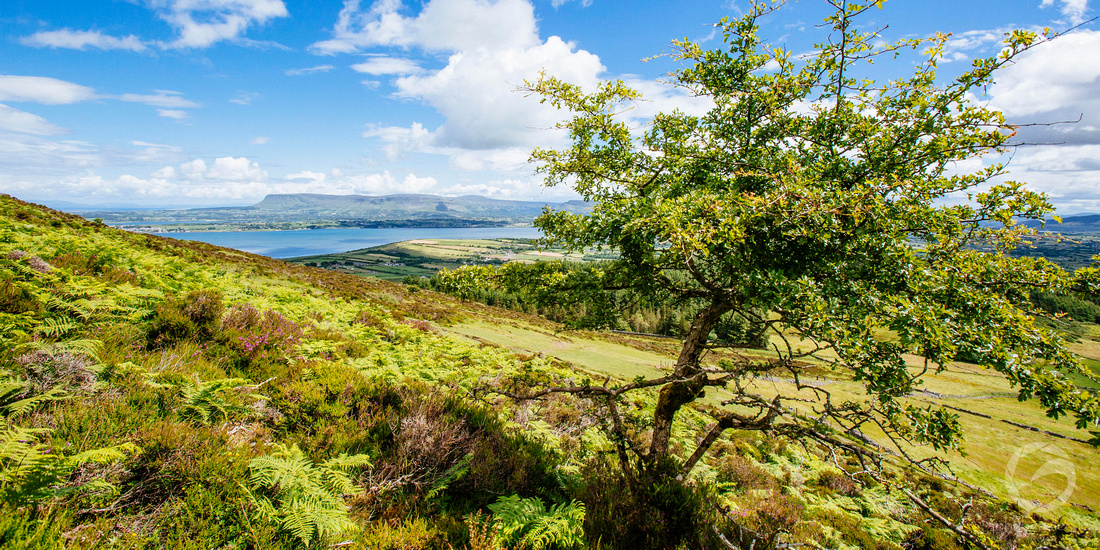 Proper hot summer stuff. One of the hounds actually stopped bout the half way mark looking at me as it to say, forget it mate, your carrying me from here (but then he realised there were sheep about....)

When we got to the top, I could see the dark clouds rolling in and we got caught in a full thunder and lightening storm, an experience to say the least :) 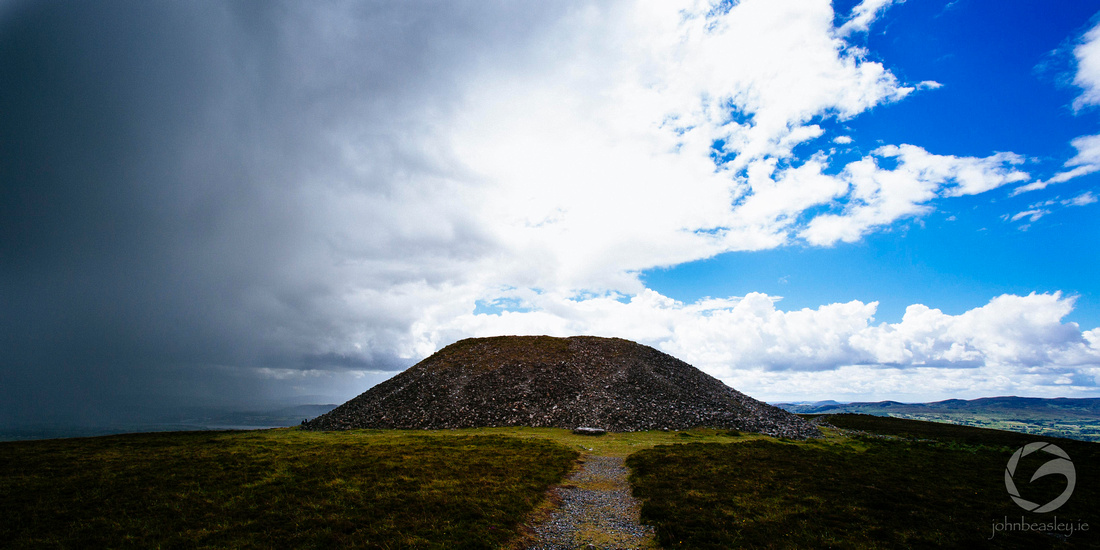 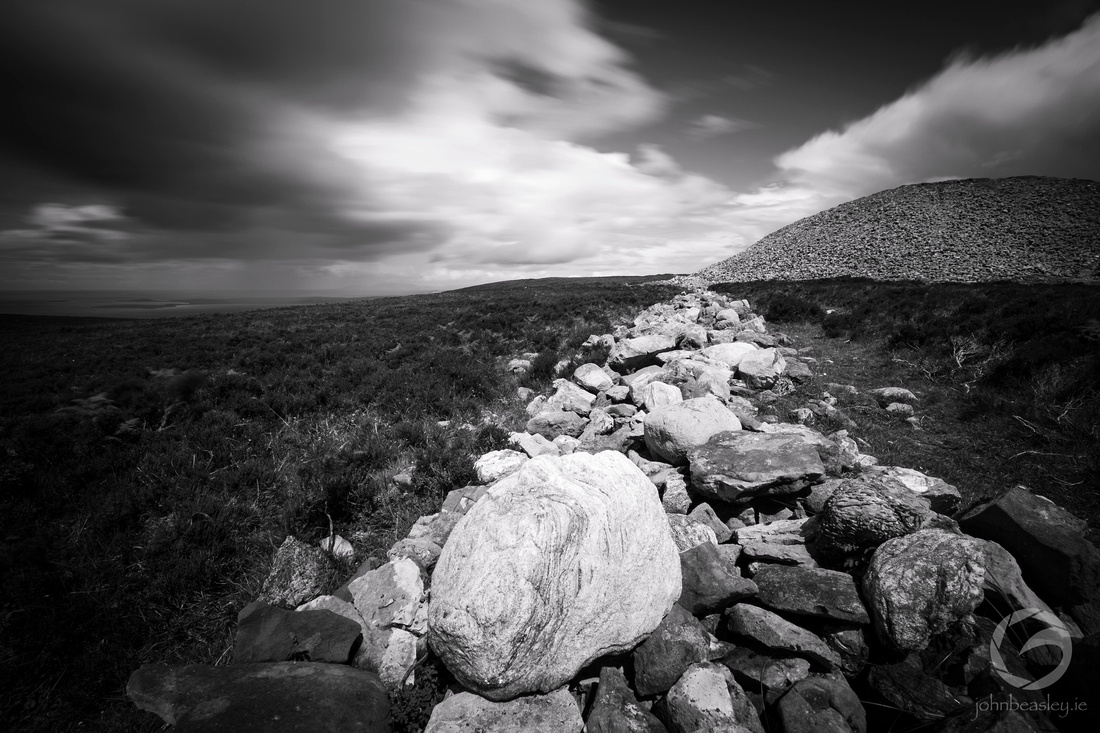