Im lucky enough to be friends with one of the most progressive shapers in Ireland.

Its always a constant source of inspiration for new material to photograph, but it always keeps me thinking and looking for new angles to try get something different. I had wanted something half decent to put up on his new facebook a/c just to get the word around and came up with the concept for this ad.

Having the concept was one thing, but to go get it was a complete different story. This particular day there was one set that pinned me to the sand like a squashed frog :)

Eventually Martin paddled past and asked why I was sitting inside the peak and just being hammered. I explained I wanted to try get a pic of him cutting back around me. He paddled back out and this was his next wave. 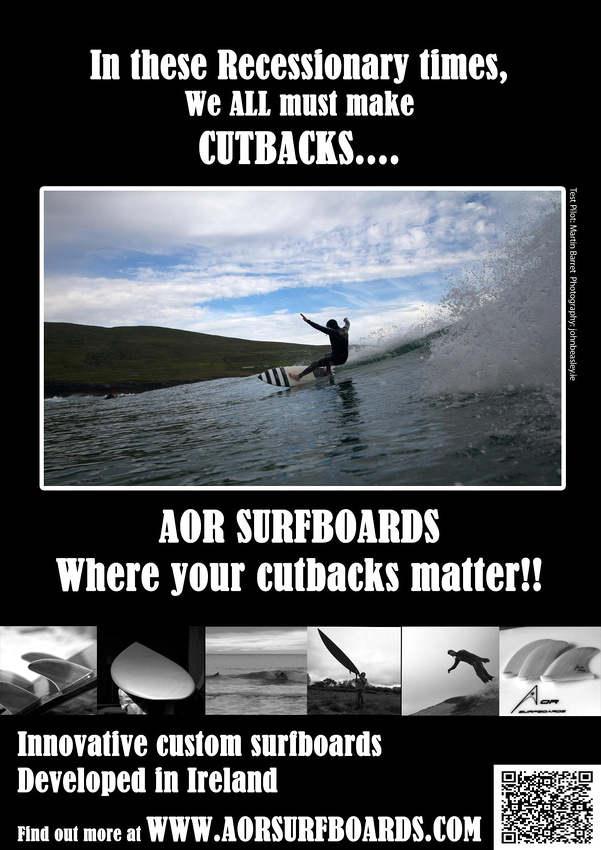 The ad turned out to be so well received on facebook that Al took it one step further, a slightly modified version has appeared in this months Tonnta. Pretty stoked.

Out of all the people Iv shot, Martins right up there. From day one when I said you need to be this close to me if you want to get photos, he's done it. Its a bit like having my own performing monkey ;)

Heres the shot I got of Martin the very first time I tried shooting with him in the water... 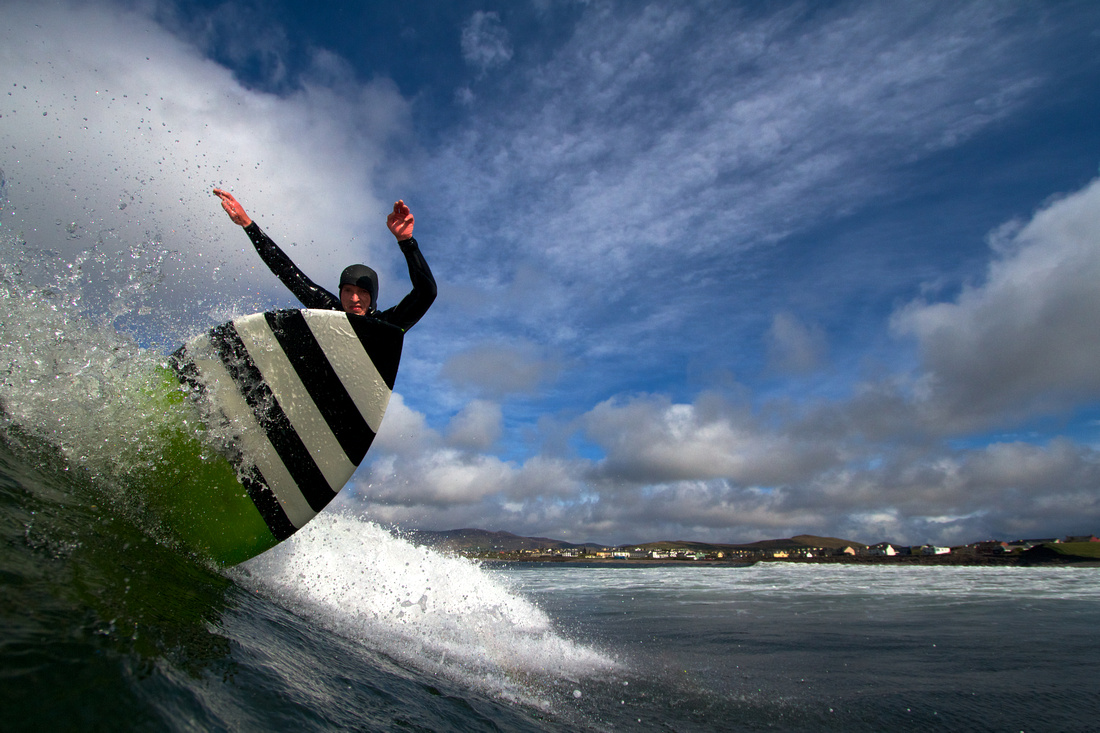 Just for perspective, that was shot at 10mm, Iv since gotten a helmet.